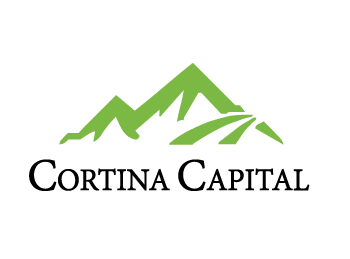 Cortina Capital has an extensive industry network in the health and wellness sector throughout the Asia Pacific region. These industry contacts allow us to source proprietary deals and build an ecosystem of strategic partners to broaden product distribution network and raise growth capital for our investee companies and create synergies.

To ensure our added value goes beyond investment capital, Cortina Capital is focused on making partnership-oriented investments and working hand in hand with existing management teams to help portfolio companies achieve revenue growth and margin expansion by penetrating both domestic and export markets.

Geography and sector focus:
Our philosophy is “Do one thing and do it well”. We have selected the geography and sector we feel is most attractive and best leverages the Founding Partners’ established network, operating expertise, and track records.

Medium-sized business with strong brand presence:
Middle market businesses often desire the requisite resources to scale up. This provides an opening for Cortina Capital to implement its value creation propositions. Brand equity is a crucial aspect of our investment as it allows a company to enter export markets more effectively, by leveraging customer loyalty and word of mouth.

Open new markets to bring the business to the next level:
Cortina Capital serves as a strategic partner helping brand owners reach Asian consumers, especially in China. We have the relationships, knowledge, and deal-making skill set to activate various export channels and help brand owners navigate market entry and expansion.

Partnership-oriented investment focused on value creation:
With a meaningful stake in the portfolio company, Cortina Capital is well-aligned to provide operational value and a strategic decision-making framework to assist in driving initiatives that create value for long-term success. We are motivated to prioritize the business’ strategic growth and to commit resources to help portfolio companies.

Dennis Lin
Founding Partner and Chairman
Mr. Lin is the Chairman of Bubs Australia Limited (ASX:BUB), Australia’s only vertically integrated producer of goat milk formula with exclusive milk supply from Australia’s largest milking goat herd. In his capacity as Chairman, he has been instrumental in listing the company, opening new distribution channels, forging strategic partnerships, and raising growth capital for the company.

Mr. Lin was a Partner of BDO Australia and the firm’s China Advisory Services national leader between 2009 and 2018. During his tenure as a Partner of BDO, he advised on commercial aspects of transactions and acted as the lead advisor to foreign investors on mergers and acquisitions and capital market activities, with a strong focus on the food, agribusiness, and technology sectors.

Mr. Lin was previously a specialist tax practitioner for over 10 years with Mallesons, PricewaterhouseCoopers, and Deloitte.

Mr. Lin received his Graduate Diploma in Applied Finance from Securities Institute of Australia and bachelor’s degrees in Commerce and Laws from The University of Queensland. He is a Member of Chartered Accountants Australia & New Zealand and a Solicitor of the Supreme Court of Queensland. He remains a current practitioner of both professions.

Mr. Lin is based in Australia and is fluent in English, Mandarin, and Japanese.

Alex Wu
Founding Partner and CEO
Mr. Wu has over 12 years of private equity and 8 years of investment banking experiences in Australia, Greater China, Korea, and Southeast Asia. Prior to founding Cortina Capital, Mr. Wu was Managing Director of Isola Capital, a family office platform focused on controlled-oriented direct investments in Asia, and oversaw the private equity activities in the food and beverage, consumer, and education sectors from 2014 to 2019. He is a Board Director of ATP Science. Previously, he had served as a Board Director of numerous portfolio companies in Australia and Greater China.

Prior to Isola Capital, he spent seven years at Olympus Capital, a pan-Asian private equity fund founded in 1997, where he was Director focused on both minority and control investments in the food, agribusiness, financial services, and industrial sectors in Greater China and Korea.

Before transitioning to private equity, Mr. Wu started his career in investment banking with ING Barings and Citigroup. During his investment banking career, he developed broad M&A advisory, leveraged buyout, and capital markets expertise in food and beverage, retail, financial services, and technology sectors across the region.

Mr. Wu received his MBA from NYU Stern School of Business and BBA in Finance from National Taiwan University.

Mr. Wu is based in Hong Kong and is fluent in English and Mandarin.

Kevin Wang
Founding Partner and CFO
Mr. Wang has over 20 years of experience in finance, accounting, taxation, and operations in Greater China. Mr. Wang founded KSP Certified Public Accountants Limited in 2008. Under his leadership, the company has enjoyed rapid growth and expansion with more than 10 offices in Greater China and Southeast Asia. He has been advising clients on IPO in China, investments into China, and mergers and acquisitions. He currently serves as an Independent Director of Fun Yours Technology (TWSE:6482) and a Board Director of several private companies in Greater China.

Mr. Wang received his MBA from University of Houston and BBA in Accounting from National Taiwan University. He passed CPA exams in Taiwan and the U.S.

Mr. Wang travels frequently within Greater China and is fluent in English and Mandarin.

Peter serves as Chairman Asia Pacific for US probiotic company Seed Health Inc., is an External Advisor for Bain & Company, sits on the Advisory Board of the Australia-China Research Institute and is a Director of the Dorji Lingpa Foundation in Bhutan.

Prior to working for Blackmores, Peter was Australia’s most senior trade diplomat in China as the Minister (Commercial) in the Australian Embassy Beijing. Peter also previously held Australia’s Senior Trade Commissioner positions in Shanghai, Hong Kong and Taipei, was the Trade & Investment Director of the South Pacific Forum Secretariat in Fiji and also served as the South Pacific Expert Adviser on trade development to the United Nations Conference on Trade and Development (UNCTAD), and the UN Commission for Sustainable Development.

In June 2017 Peter was appointed as Vice Chairman of the China Association for Quality Inspection (CAQI) Advisory Committee – the first and only foreign citizen to hold a CAQI committee position. CAQI is a high-level non-profit Chinese organisation with responsibility for product quality inspection under the supervision of China’s State Administration for Market Regulation.

Matt Legge
Senior Advisor
Matt Legge is one of the Co-Founders of ATP Science, a leading innovative food company in Australia. He has more than 20 years of clinical experience as a Naturopath, Medical Herbalist, and nutritional medicine and food therapist. He is also an expert in performance management specialising in fatigue, pain, immune, hormonal disorders, body composition and natural performance enhancement for elite athletes or everyday athletes.

Matt has worked with leading companies in the industry and is highly regarded in the healthcare industry, having created education and training materials for healthcare professionals, formulating new products and introducing new product categories and ingredients to the marketplace from concept to finished product and predicting future trends. Matt used to be the Director of Innovation for ATP Science responsible for developing new product formulations, new ingredients and further advancing the science and education behind natural health and wellness systems.

Matt is based in Brisbane, Australia.